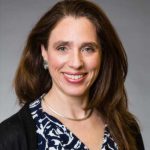 In anticipation of the 42nd anniversary of Roe v. Wade, anti-choice representatives announced plans last week to introduce a dangerous ban on abortion at 20 weeks. But late yesterday, as they were losing support from their constituents and fellow House members, they abandoned those efforts.

Subsequently, and on the eve of the anniversary of this historical milestone, they resurrected an old piece of legislation: H.R. 7, a bill that would dismantle insurance coverage for abortion.

“From the point of view of physicians, this last-minute switch looks like a cynical attempt to wrest a win out of a losing situation—all at the expense of the well-being of the women we care for every day. One minute they champion a later abortion ban, and when they see that the public won’t stand for that, they pivot to push a ban on insurance coverage. Whether it’s by narrowing the window, or making care unaffordable, they are determined to take away women’s autonomy and decision-making when it comes to accessing needed medical care. It would be absurd if it weren’t so dangerous.”