Voices of Courage is excited to present This is Life, an illustrated series by artist Magnolia Porter bringing your stories about reproductive health care to life. 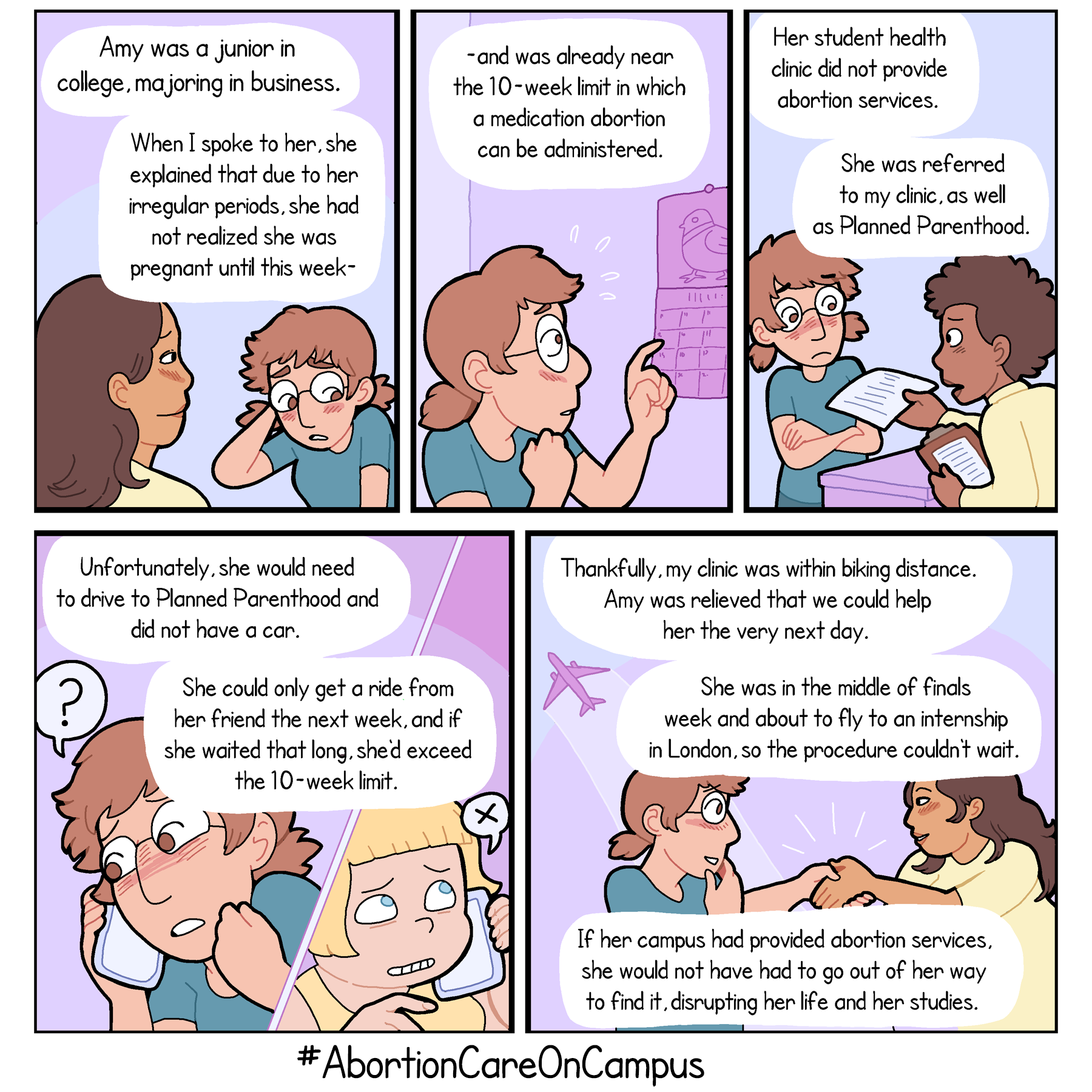 I once took care of a patient I’ll call Amy. Amy was a junior in college, majoring in business. She called the clinic one afternoon in May seeking an urgent visit because she needed a medication abortion and was near the 10-week limit. When I met her the following day, she explained to me that due to having irregular periods, she only realized she was pregnant this week and went to her student health clinic a few days ago. There she learned that they did not provide abortion services. She was referred to my clinic as well as Planned Parenthood. Unfortunately, she did not have a car to drive to Planned Parenthood, which was farther away, and could only get a ride from her friend next week, when she would have exceeded the 10-week limit. Thankfully, my clinic was within biking distance from her dorm and we were able to see her the very next day. Amy was so relieved to be able to obtain her medication abortion in a timely manner. As we were talking, she told me she was in middle of finals week and couldn’t wait any longer to have an abortion because after her last exam next week, she would be flying out of the country to start a summer internship in London. If Amy had been able to receive a medication abortion on campus, she would have received care even earlier and not had to go out of her way off campus to obtain important medical care, which took time away from her studies.

Story No. 613:
Dr. Kristyn from Massachusetts