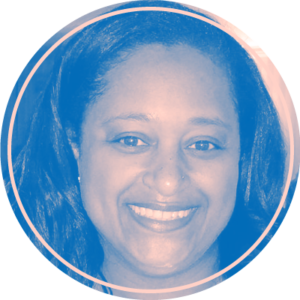 I’m originally from Cleveland, Ohio, and consider myself a solid Midwesterner. I spent four years doing Ob/Gyn training in St. Louis, Missouri, and consider it a home away from home.

I’m an obstetrician and gynecologist with specialist training in complex contraception and abortion care. I consider myself a comprehensive provider for women and others with gynecologic concerns.

I became a doctor because I saw it as an avenue to help people live the lives of their choosing. While the concept of health is incredibly important to me as a physician, I think we often forget how health is defined not just by the biological, but by the social, political, and economic forces in a person’s life. This is why the role of physician-advocates is so critical. It is not enough to just treat patients—we must help shape a more equitable society and stand up to the forces that negatively impact the physical, mental, and emotional health of our patients.

Sadly, my memory is filled with stories of women facing incredibly difficult circumstances and choices. I am often so impressed with the grace and strength with which my patients are able to face these challenges. One that sticks out is that of Ashley (name changed), who came to our abortion clinic five times over the course of her pregnancy, the last time being right at the gestational age limit cutoff. She was struggling with the complex social circumstances of her life in light of her pregnancy. She would say to us that she “needed” to have an abortion, but couldn’t articulate why or physically sign the consent forms. After having several extensive conversations with her, it became clear to us that she in fact did not want to have an abortion. Unfairly, our society stigmatizes people who have abortions, but also those who chose to become parents who don’t fit an ideal standard. In this way, many low-resource women can fall victim to this double stigmatization, and Ashley was feeling caught between those two stigmas. As a reproductive justice advocate, I want to be able to provide care when someone cannot or does not want to continue a pregnancy, but I also want to improve social and structural conditions so that people who want to continue to a pregnancy can do so safely, without judgment or shame.

As a physician and abortion provider, health care reform and abortion access are the most motivating for me, in addition to institutional and police violence.

This is such a challenging question; there have been many advocates who have influenced me throughout my development. Historically, I would have to say Fannie Lou Hamer and Rosa Parks. As a young Black girl growing up, I was in awe of and inspired by these two Black women speaking out in the segregated South about the injustices perpetrated against the Black community. As my interests in reproductive health care and reproductive justice grew, I was enamored to learn about the role Ms. Parks played in advocating for Black women victimized by sexual violence in the South and the role Ms. Hamer played in discussing forced sterilizations, or what she called the “Mississippi appendectomy.” At a time when they were supposed to be seen and not heard, and when the second class citizenship of Black people had been codified into the law, it was truly inspiring that they used their voices and their bodies to illuminate the injustices that Black people—and especially Black women—faced. Currently, there are so many young people doing amazing organizing and advocacy work that it is hard to pick just one. What most inspires me about this generation, though, is the ability and desire to work across movements together to reach a common goal.