Don’t You Know That it’s Toxic? #FreeBritney and the Connection to Reproductive Oppression

By now, most of us have heard of the #FreeBritney movement. It started a few years after the singer, Britney Spears, was placed under a legal conservatorship. A conservatorship is an arrangement where someone, known as a guardian or conservator, is given the legal authority to makes decisions for a person. These types of arrangements are intended to be used as a last resort when someone can no longer take care of themselves. Unfortunately, it’s an imperfect tool, and it can open the door for folks to be abused, coerced, and to have their autonomy taken away from them.

On June 23rd, after years of not being given an opportunity to speak for herself publicly, Britney was finally given an opportunity to tell a Los Angeles judge what was happening to her. She told the judge that her conservators had drugged her, compelled her to work against her will, and that she had been forced to have an IUD and prevented from removing the birth control device for the past 13 years. She said, “I want to be able to get married and have a baby. I was told right now in the conservatorship I am not able to get married and have a baby.”

The very development of the practice of obstetrics and gynecology was built on the reproductive coercion of Black women. The “father” of gynecology, J. Marion Sims, experimented on Black enslaved women without their consent and without pain management to develop surgical practices still used today.

People in carceral systems are particularly vulnerable to coercion as they are already in an environment where their autonomy is restricted. In California, 1400 incarcerated women, most of whom were Black, were forcibly sterilized between 1997 and 2003. As recently as 2008, while serving a prison sentence Kelly Dillon was told she needed a hysterectomy to treat her cervical cancer. There was no cancer, but at 24 years old, Kelly was sterilized. One of the doctors involved called these sterilizations “cheaper than welfare.” And we know incarcerated people have been coerced into using contraception in exchange for shorter sentences.

So when we say #FreeBritney we mean Free Britney AND: 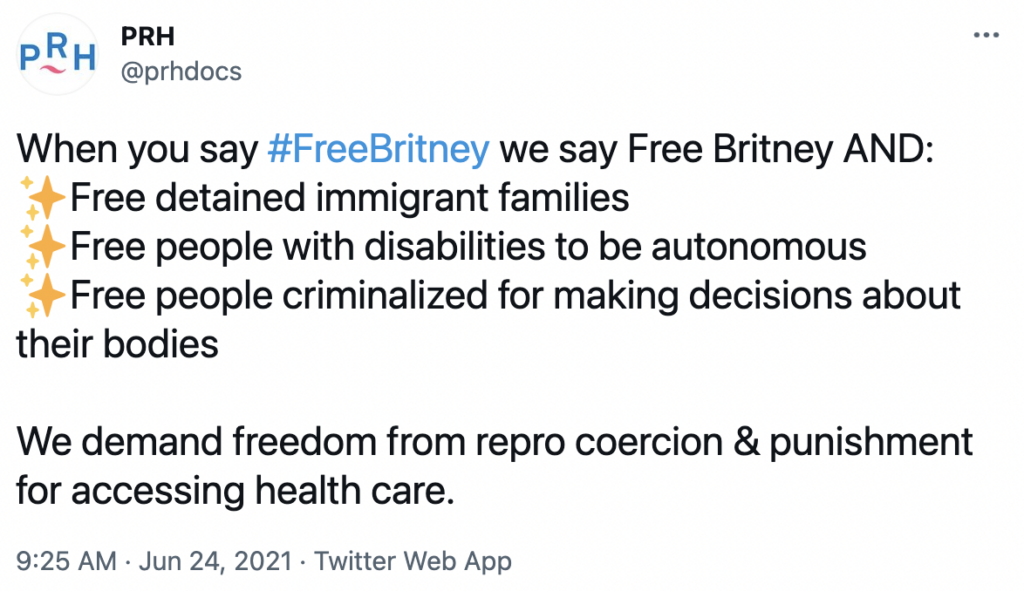 By: Dr. Gabriela Aguilar, Fellow from the Leadership Training Academy Class of 2021

Today, the House of Representatives passed the Women’s Health Protection Act for the first time. As the bill heads to the Senate, President & CEO […]