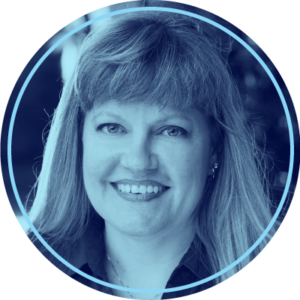 Where are you from?
I was born and raised in the suburbs of Chicago. During my training and career, I worked in Washington state and Massachusetts prior to moving to North Carolina.

What’s your specialty or area of expertise?
I am a family physician and practiced full-spectrum family medicine before transitioning to a focus on family planning.

What first inspired you to become a doctor?
I have wanted to be a physician since I was seven-years-old. I was attracted to the field due to my love of science and desire to help people. I considered many career options over the years, but when I accepted the reality that I would never make it big on Broadway, I continued instead down the path towards medicine. I have never regretted that choice, and my oldest son has inherited my passion for musical theater – and far more talent to go with it!

TRIGGER WARNING: The following patient story includes descriptions of domestic violence.
What story about one of your patients most sticks with you?
A woman who was separated from her abusive husband came to see me and decided on an abortion. She chose a medication abortion and after providing counseling and domestic violence resources, we gave her the abortion medication. Three days later, she called us from the ICU because her husband had found out about the pregnancy and before she took the second set of medications, he violently assaulted her. She survived the assault but had an ongoing pregnancy (even after her blood loss and surgery). I was infuriated when the physicians caring for her in the hospital were unable to complete her abortion (despite having access to gynecologists who were willing and trained to do this). Instead, she came back to my outpatient office with a line of skin staples from her ear to her sternum and very low hemoglobin (even after her transfusion) to have a surgical abortion procedure performed by me. The stigma and political barriers that are put in front of patients, even with extreme situations such as this, are unconscionable. It is my goal to work towards policies that put the needs of our patients first. 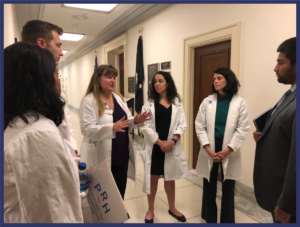 What current policy issue especially motivates you to be an advocate?
I work and supervise abortion services across three states with very rigid TRAP (targeted regulation of abortion provider) regulations. Having politicians stand between me and the needs of my patients is infuriating. The regulations are not only completely unreasonable, but they are also offensive to women and undermining of their self-determination.

Who is your social justice hero?
“Jane,” the underground abortion organization in pre-Roe Chicago. I decided to get training in abortion as a family resident after reading “The Story of Jane” and seeing the early political changes that foreshadowed our current circumstances.