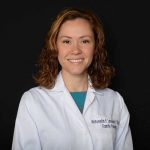 Forty-three years ago, the Supreme Court legalized abortion in the United States in its landmark decision on Roe v. Wade. In the current political climate, there is reason to celebrate another year with legal abortion as the law of the land. But there is no doubt that millions of women cannot exercise this constitutional right without overcoming significant barriers.

Physicians for Reproductive Health is doing everything we can to #ReclaimRoe, making the promise of Roe v. Wade a reality for every single woman in America. As part of today’s anniversary, we are pleased to feature an essay by current Leadership Training Academy fellow, Antonella Lavelanet, DO, JD.

Late in 2015, a United Nations Working Group traveled to the United States to assess the state of U.S. women’s human rights, including the ability to access comprehensive reproductive health care. As a self-proclaimed world leader devoted to medical and scientific advancement, one might expect that the U.S. leads the pack in terms of protecting the health of its citizens. And yet, what the UN group found instead were core failures to advance women’s standing in society. In its initial report, the group’s human rights experts pointed out that paid maternity leave is not universal in our country, that U.S. policy- and law-making bodies lack adequate representation of women and their needs, and that the full spectrum of reproductive health care services is not accessible to many women.

As an obstetrician/gynecologist specializing in family planning, these findings come as no surprise to me. We need to be talking about how we are failing women and I am grateful that this expert group highlighted something crucial in their report: access to health care, including abortion, is a human right and essential to women’s well-being. Ensuring that every woman in the U.S. can access affordable comprehensive reproductive health care, including contraception, prenatal care, and yes, abortion, must become a national priority. While few people would argue with the importance of accessing prenatal care, I would like to argue that access to abortion is just as crucial.

Just like carrying a pregnancy to term and giving birth is a common experience for American women, so is abortion. One in three women will have an abortion in her lifetime. Women who have abortions are mothers, sisters, daughters; they are your friends and relatives. My patients come from all walks of life. I recently saw a mother of three with pregnancy complications who needed an abortion but whose military health insurance plan by law is barred from covering this care. I have been privileged to care for college students who want to finish school before starting a family. My patients have included a woman who was struggling to make ends meet working a minimum wage job and who was over 20 weeks pregnant by the time she made it to me, but who needed time to come up with the money to pay for the procedure. Every day I see the obstacles women must overcome to access abortion care because too many lawmakers do not consider abortion to be a normal part of health care.

Today, more than half of the states in the U.S. are considered hostile towards abortion rights. Abortion restrictions come in many forms and disguises, but they all have one thing in common, they make it more difficult for a woman to access the medical care she needs. Laws requiring the use of an outdated and less effective medication abortion regimen, or laws requiring that only a physician may provide medication abortions, limit a woman’s ability to choose this safe abortion method. Other restrictions impose mandatory, arbitrary delays on women seeking an abortion. They force women to make multiple clinic appointments and take several days off work, which is completely unnecessary for most abortions from a medical standpoint. Many states also ban certain insurance plans from covering abortion care, as do all health insurance plans provided through the federal government. For women who are struggling to make ends meet, coverage restrictions effectively function as an abortion ban. This is but a snapshot of abortion restrictions in place in the U.S. today—no wonder the visiting UN delegation was appalled.

Roe v. Wade was supposed to be a turning point: access to safe, legal abortion for all U.S. women. For a short while it did. But after multiple waves of legal and legislative restrictions on abortion, we are now facing a crisis that cannot be ignored. Abortion is health care. Health care is a human right. We cannot allow our nation’s lawmakers in statehouses across the country and in Washington, D.C., to ignore these facts any longer.